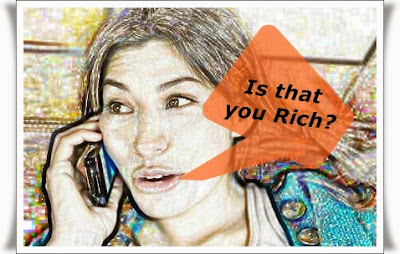 Another coincidence story from Rich Masterson.


"I've also remembered another coincidence from a few years ago.

I tried to call an old friend on his last known mobile phone number whom I hadn't been in touch with for over three years. A woman's voice answered, so I said something like, "That's not Simon is it?" She laughed and said, "No, afraid not." I said sorry for troubling her and ended the call

I presumed I had dialled the number wrongly so I tried again. The same voice answered. "Sorry," I said, "that's still not Simon is it?"

I couldn't believe her saying that. Turned out it was a woman I used to work with about five years ago and she recognised my voice!

I came to the obvious conclusion that Simon must have changed his phone or number and his old number had been re-cycled to my old work colleague.

There is another odd bit to this story as Simon actually phoned me the next day! He said he'd been thinking about me the day before so thought he'd give me a call, my phone number was still the same"

Other Coincidence Examples:
How The Elephant Got His Long Trunk Coincidence
A Coincidence Thousands Of Miles From Home
Coincidence Of Photo And Dorset Calender
Posted by Mike Perry at 06:30