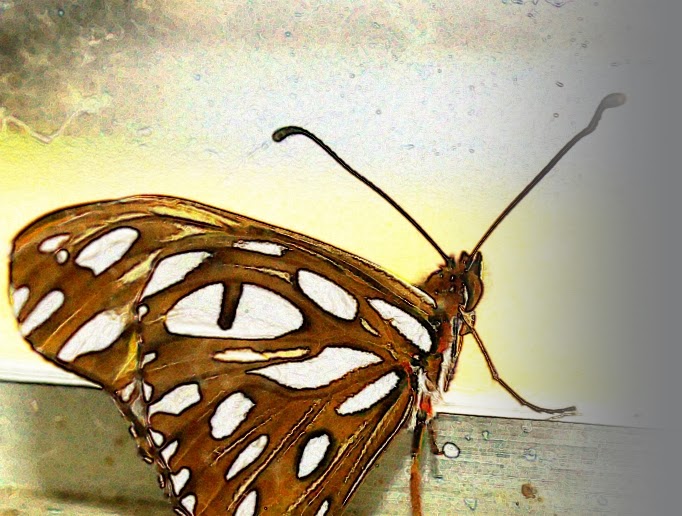 First a sourced coincidence story and then the beginnings of synchronicity with Jung.


'My mother was telling my date and I about how "the butterfly is the symbol of transformation". Exactly as she said it, a butterfly fluttered outside the open window behind her. What made it even stranger was that we were 3 floors up in a top floor flat, of the highest building in the village 2 weeks ago (end of October 2013)... i.e. It's very very rare, if not unlikely, to ever see a butterfly that high up.'

This story reminded me of Carl Gustav Jung's beetle experience that helped to give him the concept of synchronicity:


"A young woman I was treating had, at a critical moment, a dream in which she was given a golden scarab. While she was telling me this dream, I sat with my back to the closed window. Suddenly I heard a noise behind me, like a gentle tapping. I turned round and saw a flying insect knocking against the window-pane from the outside. I opened the window and caught the creature in the air as it flew in. It was the nearest analogy to a golden scarab one finds in our latitudes, a scarabaeid beetle, the common rose-chafer (Cetonia aurata), which, contrary to its usual habits had evidently felt the urge to get into a dark room at this particular moment. I must admit that nothing like it ever happened to me before or since."