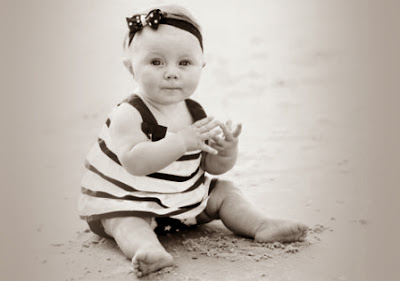 This is a coincidence along the lines of another post I recently published, 7:43 A Baby Is Born And Again And Again.

Last February 5th was a special day for mum Pam Banwell as it was her daughter Millie's first birthday. There was an extra big family celebration in South Wales because, as well as being Millie's birthday, it was also the birthday of her two other children Jac and Alisha.

Pam and her partner Lee Collins didn't plan it to happen this way it was just one of those 133,000 to one coincidences that can happen. Millie actually came into the world ten days prematurely - another coincidence.

There was a special birthday cake. No, not one each - but a cake in three sections: a third in the colours of Manchester United Football Club for Jac; a third as a Princess for Alisha and the remaining segment was of Mickey Mouse for Millie.

Pam said, "When most families are trying to cope with the post-Christmas blues, we are planning a big celebration all over again. It's like Christmas morning with presents and a big party. And it will be the same on February the 5th for years to come as well."