Girlfriend And Boyfriend On Photo Before They Ever Met 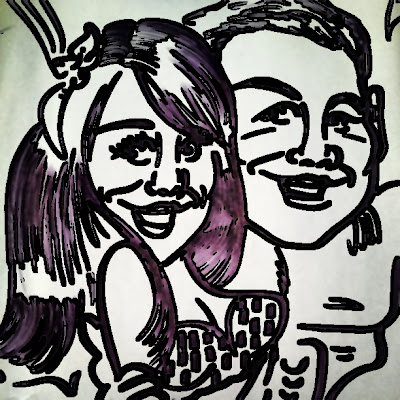 Here's a coincidence story I saw or Reddit by JehuLove


"So, after we'd been dating a few months, I get a text from my girlfriend who asks me, "Were you at Club ID in Nagoya in December?"

We had met the following month, at the end of January 2011. I told her I wasn't sure of the date, but that I had, indeed, gone to the club with some friends sometime before Christmas.

She replies, "Yeah, you were there on December 18th. Check this out." And then proceeds to send me a photograph she took with her friends.

And there I was, in the background, photobombing her picture like a gigantic dork, a month before we'd ever met, in a city three hours from either of our homes.

Here's the top bit of the photo: Ingur"

This story is similar to a couple of posts I published in 2010 on my 67 Not Out blog:
Married Couple In The Same Photo As Children
Photo Taken Of Father Showed His Missing Daughter
Posted by Mike Perry at 06:30