Squashed Coca-Cola Can Brought Them Together 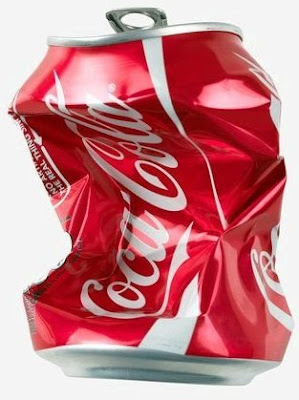 
I was wandering around an open air market in Wimborne with my daughter-in-law. I said to her, "I would give anything if I could see Alice’s face just one more time." This was an old neighbour who I hadn’t seen for over seven years.

Virtually seconds or maybe minutes later I walked over to a litter bin to get rid of a Coca-Cola can I had been carrying. I looked up and there was Alice putting something into the other side of the litter bin. I couldn’t believe it and neither could she. She said she had been thinking about me recently, how weird is that,

Further coincidences:
A Coincidence Thousands Of Miles From Home
She Was Topless In Front Of Her Postman
Married Couple In The Same Photo As Children
Posted by Mike Perry at 07:30