Living Around The Corner From Himself Coincidence 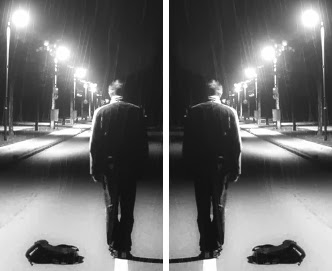 The following coincidence story I obtained from the Understanding Uncertainty website.


"I've lived in a small town in Alabama for 20 years. It wasn't till my last birthday, April 13th 2013, that a friend of mine came to me to tell me she almost got in a fight with a girl she works with over me.

Not understanding I asked how. She said, that after she attended my birthday party she posted it on Facebook. The next day a co-worker started asking why she was attending a party she wasn't even at. My friend replied that she in fact did and showed her the pictures.

The co-worker stepped back and said that's not possible. She asked why. The co-worker said my husband had his birthday yesterday as well. She went on to add that his name is also Brent Carlson. At first, I assumed this was a joke, but after she showed me his Facebook page I had to believe it.

I contacted this other Brent and found out that he lived not more than about 15 minutes away. This is still hard for me to believe since I've only know a small handful of Carlsons, an even smaller handful of Brents, and barely anyone with my exact birthday.

The fact that these requirements all met at the same time is hard to believe, and that that person is right around the corner is even harder.

What was just as disturbing is we've lived so close and know some of the same people and not once in 20 years did anyone mention this. I even dated a girl who went to school and was pretty good friends with him. She never thought it needed to be mentioned to either one of us.

We seem to be complete opposites so I'm at least happy about that."

Other Coincidence Examples:
A Coincidence Thousands Of Miles From Home
There's A Coincidence Time For Everything
She Was Topless In Front Of Her Postman
Posted by Mike Perry at 06:30